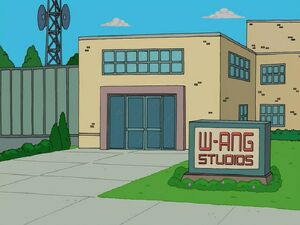 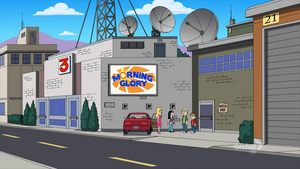 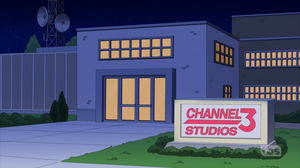 Greg Corbin and Terry Bates host both Morning Glory and the evening news.

In "National Treasure 4: Baby Franny: She's Doing Well: The Hole Story", Greg and Terry mark the anniversary of the saga of "Baby Frannie" on Morning Glory, when Francine Smith fell down a well as a toddler. Despite Francine's reluctance, Hayley and Steve trick her into going to the studio for a live report but she has a nervous breakdown when it is revealed that the firefighter Henry Watkins is believed to have lost his life saving her while she feels like she has done nothing in her life.

When Francine replaces Terry as co-anchor when he leaves Greg in "Anchorfran", she continues a tradition of poking fun at weatherman Dickey Dobbins' age. When he dies of a stroke off-camera during a news broadcast, leaving Greg stunned, she is forced to deliver the news of his passing as he is wheeled out. When Memphis Stormfront, the new weatherman starts, Francine finds everyone spying to see how the new hotshot does and he takes her shtick and turns it back on her. As Greg gushes about finding his new news banter partner, she demands that Memphis be fired. When Greg tries to break it to her that she went too far, she turns on him and he quits. Francine becomes racked with guilt, and sets out to get Greg back on the news. She goes to the producer but strikes out since he won't come back without Memphis. Stan calls in the CIA to arrange a storm and for Greg and Memphis to meet, going on the air together and sharing small talk through the carnage. Francine and Stan arrive to take the credit and insist they kiss, although Greg and Memphis share whispers about his being straight, although Memphis goes through with it since he is frightened that Stan and Francine have the ability to control the weather.