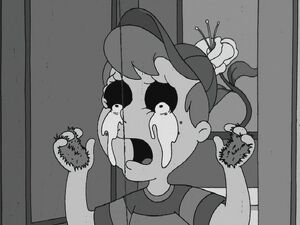 Scott David Menville is primarily an American voice actor, actor, musician, and comedian. His voice roles include Robin on Teen Titans, Lloyd Irving in Tales of Symphonia, Freddy Flintstone on The Flintstone Kids after taking over the role from Lennie Weinrib and Ma-Ti on Captain Planet and the Planeteers. He also voiced Jonny Quest on The New Adventures of Jonny Quest, Quicksilver on The Super Hero Squad Show and JT on Ben 10: Alien Force.

Scott provides the voice for Timmy Johnson in "A Smith In The Hand".

Retrieved from "https://americandad.fandom.com/wiki/Scott_Menville?oldid=54633"
Community content is available under CC-BY-SA unless otherwise noted.