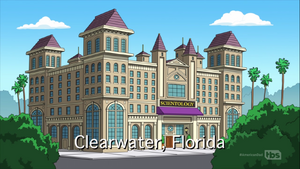 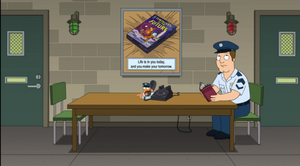 Scientology was founded in 1954 by science fiction writer L. Ron Hubbard who introduced his ideas to the general public in Dianetics: The Modern Science of Mental Health. He eventually moved away from Dianetics’ focus on the mind to a more religious approach to the human condition, which he called Scientology.[1]

The idea of Scientology is that by undergoing certain counseling sessions, rituals, and pursuing self-discovery, people can improve themselves. Scientology is particularly attractive to those who feel that they are mentally or emotionally being held back from realizing their full potential.

The Church of Scientology accepts that intelligent life exists throughout the universe and has for millions of years. Xenu, a galactic overlord, features prominently in their mythology. Xenu's actions have direct influence on how humanity on Earth has developed. However, this information is available only to Scientologists of considerable rank, in line with their acceptance of revealing the truth as followers are properly prepared.[3]

In "First, Do No Farm", Klaus becomes a Scientologist and takes off for Clearwater, Florida where he attends indoctrination. He later has to escape after making a joke about Xenu.

Retrieved from "https://americandad.fandom.com/wiki/Scientology?oldid=90226"
Community content is available under CC-BY-SA unless otherwise noted.