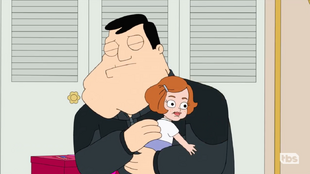 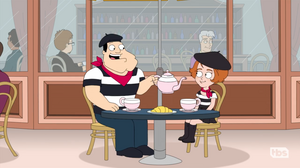 Stan volunteers to take the lead in picking up a doll to place a microphone in to listen to a Russian mob boss' daughter and takes Steve along when he picks it up. But when he feels like his family is ignoring him, he starts to confide in the doll and becomes attached to it. When he allows his connection to the doll to interfere with the mission, Stiles is sent to collect the doll, but is stopped by Stan, who goes on the run with it until the CIA learns of their location thanks to a Yelp review and recovers it.

As Stan bemoans the loss of his doll friend, he is inspired by a hallucination to gather a team of other dolls to liberate her. They succeed in gaining access to the mansion, killing all they guards the encounter. When he locates the doll with the little girl, he observes from his hiding place in the closet that the little girl's mother treats her exactly as his own mother treated him when he started playing with dolls as a replacement for his missing father. He recovers the doll for the little girl and blows up her mother with a car bomb as the CIA celebrates the secrets they'll learn from her confiding in it. 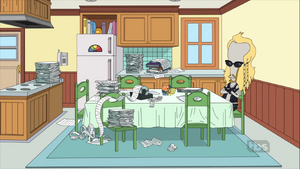 Meanwhile, Roger decides to take advantage of Klaus' tax knowledge to do the taxes for his personas, but the latter ends up with his prized poster seized for fraud thanks to Roger's adoption of an IRS auditor persona.

A mysterious stranger has been murdering members of the boy band Boyz 12. But when he sets his sights on Steve, a misstep sends him out the window where he ends up impaled on the flagpole, and is revealed to be band member Abraham H..