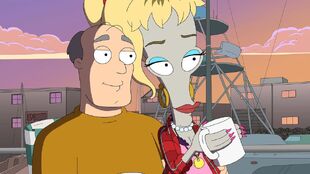 Roger Needs Dick
One of Roger's personas falls for Dick. 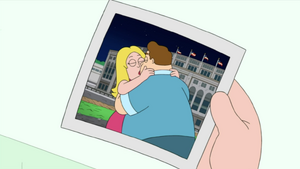 When Dick gets a job moonlighting as Mayor Garfield's chief of security, the other CIA agents get to take over his personal box. Dick celebrates his extra windfall by buying a boat, where he meets a new love in Roger's persona of Becky Tenderharts. Meanwhile, Klaus shares a picture of Francine drunkenly kissing Tuttle, but he admits it's a Photoshop prank. Stan arrives and orders Roger to break off his relationship, but he refuses, saying that Becky really is in love and insists he can handle it along with his multiple other personas. But when he blows off his other engagements to be with Dick, the family calls an emergency meeting. Knowing Roger’s tenacity, they decide their best course of action is to make Dick break up with Roger by using one of Klaus' Photoshop pictures to look like Becky cheated on him. 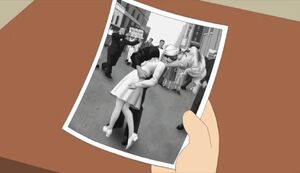 After some initial doubts, Dick does fall for the doctored photo and breaks up with Becky, leaving her devastated. Despite vowing to never get over it, Roger is back to his old self within moments. However, he finds he can't say the word 'dick' without breaking down. The family calls another emergency meeting, where Francine suggests going to Tuscany to forget his problems. With Francine tagging along, they travel to Italy and settle into a house. The next morning, it appears that Becky has forgotten her issues after screwing a large number of males from a nearby town. Back home, Dick shows off his new girl with the guys, but when she talks about him taking her to all the same places that he took Roger before, he nearly breaks character before he is knocked out by Stan. The latter takes him home and puts him to bed, promising to make it up to him the next day. But when he leaves, Roger slips back into the Becky outfit and vows revenge on Dick for breaking up with her. 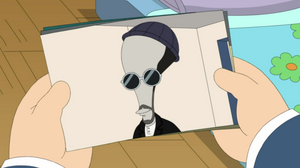 She hires a hitman who is also one of Roger's personas. After the family waits for Roger to wake up, they investigate and find he's missing. At that moment, Bullock crashes through the window and informs Stan that the world's most dangerous assassin has escaped and is suspected of being after Mayor Garfield thanks to some false clues left by the assassin. Despite this, Stan and the family suspect that Dick is the real target. Heading to the mayor's appearance, Stan starts to track the location of Roger's phone as he tries to get rid of it, but is caught. The family confesses to tricking them with a doctored photo, but Roger disregards this, and with the help of Rogu, traps the family in a cage. As the assassin zeros in on Dick, Becky intervenes and says she doesn't want Dick killed, setting off a multi-faced fight with the assassin persona determined to finish the job. The situation is resolved when Becky takes a bullet meant for Dick, and the assassin vanishes. As she lays dying in Dick's arms, she tries to extract a promise he will never love anyone else. When he hesitates, she vows not to die until he does so, but still slips away as the family wonders if this was the plan all along. Hayley states Roger is weird before they join him in his Van Smash persona.