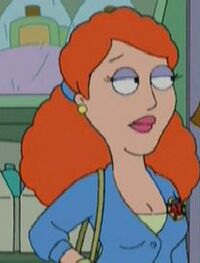 Paget Brewster (Born March 10, 1969) is an American actress, known for her recurring role as Kathy, Joey's girlfriend in the fourth season of Friends. She appeared in Andy Richter Controls The Universe and in the Showtime series Huff. She is also known for her performance on the CBS crime drama Criminal Minds.