Out Here On My Own

Stan distracts Roger from leaving the palace by playing "Out Here On My Own" from the Fame soundtrack in "Moon Over Isla Island". Roger tries to protest but starts to sing along.

Irene Cara: Sometimes I wonder where I've been

Roger: Oh, come on Stan. You really think this is going to keep me from leaving?

Do I fit in

and its such a beautiful day outside...

Out here on my own 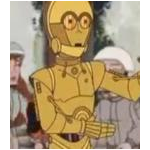