FOX Digital Entertainment and Zen Studios have teamed up to create the American Dad! Pinball Game, an upcoming release for console, PC, and mobile platforms. The game will be part of the "Balls of Glory" pinball pack which will also feature tables for Family Guy and Bob's Burgers.

ITV picks up the UK rights to American Dad!

Less than a month after the BBC assured fans that Family Guy would remain on its stations, ITV acquired the exclusive UK rights. As part of a multi-year deal with Twentieth Century Fox, ITV has also picked up the rights to new and existing seasons of American Dad!, The Cleveland Show, and the upcoming animated sitcom, Bordertown.[2] 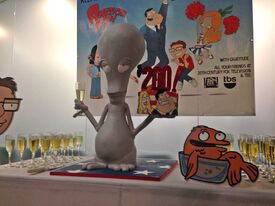 Yahoo covers the crew marking the 200th episode coming during the 2015-2016 broadcast season. In the words of Yahoo "No spoilers, but the 200th episode features cannibalism, a particle accelerator, the return of more than 40 past characters, and Patrick Stewart rapping."[3]

American Dad! is renewed for a 22 episode second season on TBS

While it has been known since this past summer's SDCC that TBS had agreed to renew American Dad! to a second season, news today is a surprise in that it will be for a full 22-episode order instead of the 15 episodes ordered for the current season.[4]

TBS's American Dad! kicked off its new season Monday night with 2.5 million viewers in Live + Same Day delivery for the premiere on TBS and encore presentation on Adult Swim, making it basic cable's most-watched entertainment program for the night. [5] 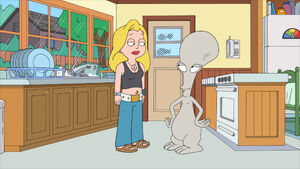 TBS is set to offer a special digital sneak peek of the premiere episode from the all-new season of American Dad! via social media, one full week ahead of the show's launch in its new home on TBS. The first episode will be available for streaming via Facebook (www.facebook.com/AmericanDad), Twitter (twitter.com/americandadtbs), and YouTube (www.youtube.com/user/TBS), starting Sunday night, Oct. 12, at midnight (ET). The episodes will remain available for 48 hours, until Tuesday night, Oct. 14, at midnight (ET). 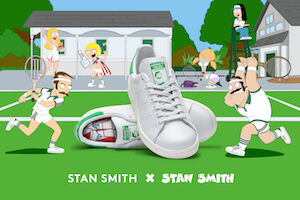 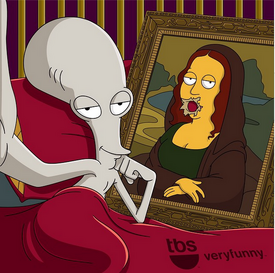 Following Family Guy's Peter Griffin to Instagram, Roger gets his own page @rogerthealien.

American Dad! picked up for second season on TBS, starts Mondays in October

Reports from the San Diego Comic Con are that TBS has already agreed to pick American Dad! up for a second season. New episodes will start on TBS beginning Mondays in October.[7] 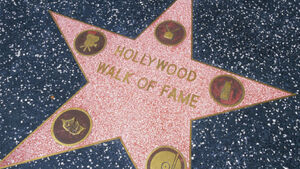 Variety reports that American Dad! producer & co-creator Seth MacFarlane is to be honored with a star on the Hollywood Walk of Fame. Others to be inducted in the 2015 Walk of Fame class include Will Ferrell, Melissa McCarthy, Peter Jackson, Eugenio Derbez and Daniel Radcliffe.

Co-creator/executive producer/co-showrunner Mike Barker steps down from American Dad! as it prepares to switch to TBS, Matt Weitzman to serve as sole showrunner.

American Dad! gets a renewal on a new network

FOX and TBS has announced that American Dad! has been renewed for 15 new episodes for the fall of 2014, premiering exclusively on TBS. Rebroadcasts will continue on Adult Swim. [8]

Retrieved from "https://americandad.fandom.com/wiki/News_Archive_3?oldid=71417"
Community content is available under CC-BY-SA unless otherwise noted.