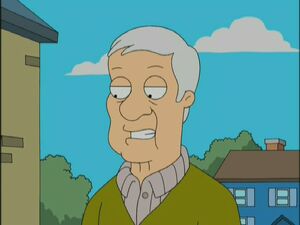 When Gordon and the other executives find out, they first try to demand that Stan and Francine cease with their actions but are brought down by Francine who has a purse full of Mr. PiBB cans. They then bring the real Mr. Pibb to the Smiths who reveals they are only stopping production of the original Mr. PiBB to introduce "Mr. Pibb Xtra" to appear to a newer, younger crowd.