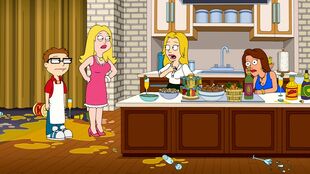 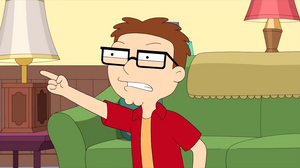 Francine enjoys a television show called Morning Mimosa which treats its guests brutally after getting the audience drunk. Later, she asks Steve to set the table, but when he blows her off for his video game, she unplugs it, prompting him to curse at her. When he shares the news with his friends, he vows to lay low. At dinner, Stan and the family admonish him for his behavior, but when Francine brings out the meal, she ignores him and refuses to cook for him. When he tries to forage for leftovers, he finds that he isn't even permitted to eat any food cooked by her. Francine also refuses to do other chores for him such as laundry, but Steve decides to call her on her challenge and fix his own breakfast, only to find that he used laundry soap to make pancakes.

Other chores also backfire in his face and Francine feels that he'll soon come crawling back for forgiveness. Snot brings Steve a plate and encourages him to end his dispute, noting that he's already lost his fight. But when Steve digs in his heels, Snot suggests he pick up some tips on the internet by watching cooking videos. He finally learns how to cook for himself and rejects Francine's offer to end their battle. Steve reveals to Hayley, Roger and Klaus that he learned the basics but made his recipe on his own. Posing as an orphan, Steve starts to show off his own videos and becomes a hit, receiving an invitation to the show Morning Mimosa. Francine becomes concerned that the show's format may be too tough for him.

Steve is confident until he gets a clue that things may not be easy after all when he discovers the audience previously attacked the monkeys that open before his segment. When he tries to bolt, he is taken to the stage. He tries to play the kid card but falls flat and causes him to make the wrong dish. 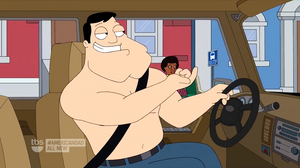 After being tormented about being an orphan, he blurts out that he really has a mom, causing the ladies to turn on the executive producer and then go for Steve. Francine arrives and they are forced to follow the pair of escaped monkeys to freedom to avoid the audience, escaping through the news room.

Meanwhile, Stan takes Francine's cue on ignoring Steve to ignore his entire family and co-workers, taking over Bullock's office. Stan extends his game to the entire world, rolling naked through a grocery store in a shopping cart until he is arrested.