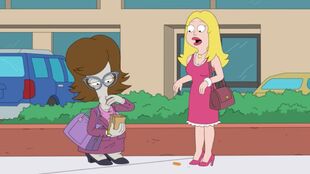 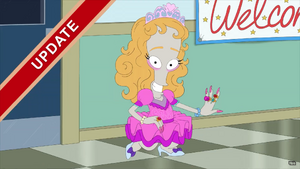 When Francine makes a special delivery for one of Roger's personas but it turns out to only be a snack, the family tells Roger that his personas have lost their edge. After a series of misses, he digs one out that he abandoned three years previously: one "Little Bonnie Ramirez", a former beauty pageant contestant that had been reported missing. He frames Francine for kidnapping him, but appears as a lawyer and offers to defend her in the same courtroom as Bonnie, demonstrating his ability to be in multiple places due to his super speed. However, his defense goes poorly, with the judge rejecting his last minute-produced evidence for not having been submitted in advance. As a result, Francine is sentenced to four life sentences and Roger is forced to admit that he really has lost his edge.

Meanwhile, the rest of the family was anticipating a cruise when Francine is arrested and decide to go on it without her. However, they have a problem when they discover that the reservations were made in her name and she needs to be present. Watching a television reenactment of the 'kidnapping', they decide to hire the actress, Isabella, to pose as Francine. On the cruise, she not only offers to help Steve learn to dance to impress a girl, but teaches Stan to stand up to the waiter that screwed up his drink order and rescues a drunken Hayley when she falls overboard. 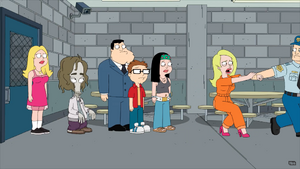 As Roger shares his sad tale with Klaus, the family returns from the cruise, where it turns out the girl that Steve was trying to impress was actually an adult stowaway thief. Isabella suggests that Roger will find happiness in being selfless. As they go to visit Francine in jail, Roger uses his speed to swap their clothes and positions so that Isabella is mistaken for Francine and returned to her cell while the rest of the family beats a hasty retreat. Hayley feels guilty about putting Isabella in such a position and how Francine should have gone on the cruise, until it's pointed out that without Isabella along, she would have drowned. After Steve makes light of Roger being sensitive, he finds himself dangled by the ankle from the top of a building by him.