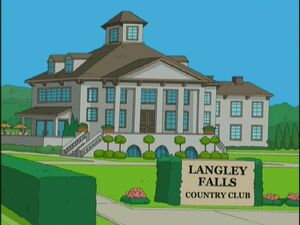 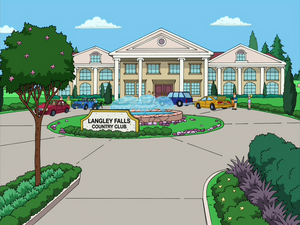 The Langley Falls Country Club is where Roger and Francine meet Rick & Candy in their persona's of Professor Jordan Edelsein and Amanda Lane while Stan and Steve are off to an African refugee camp in "Camp Refoogee". They try to be careful in the club because Roger's Professor is supposed to be Jewish. They decide to invite Rick and Candy to dinner but begin squabbling over the details of their persona's, resulting in a fight that sends Rick and Candy running.

The club is also where Stan and his buddies hold a Vietnam war reenactment in "In Country...Club".

Retrieved from "https://americandad.fandom.com/wiki/Langley_Falls_Country_Club?oldid=53155"
Community content is available under CC-BY-SA unless otherwise noted.