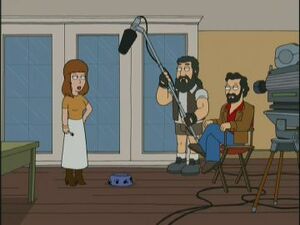 Klute is a 1971 film which tells the story of a prostitute who assists a detective in solving a mystery. It stars Jane Fonda, Donald Sutherland, Charles Cioffi, Dorothy Tristan, Vivian Nathan, and Roy Scheider. The movie was written by Andy Lewis and Dave Lewis and directed by Alan J. Pakula.

Retrieved from "https://americandad.fandom.com/wiki/Klute?oldid=34618"
Community content is available under CC-BY-SA unless otherwise noted.