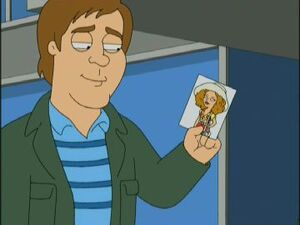 John Warnock Hinckley, Jr. attempted to assassinate U.S. President Ronald Reagan in Washington, D.C., on March 30, 1981, as the culmination of an effort to impress actress Jodie Foster. He was found not guilty by reason of insanity and remained under institutional psychiatric care, but was released in September 2016.

When Stan has to take over filming Taxi Driver in "The Best Christmas Story Never", he tries to keep John Hinkley Jr. infatuated with Jodie Foster so he will try to assassinate President Ronald Reagan. When he criticizes Robert De Niro's performance, De Niro walks off the set, leaving John Wayne to take the role of Travis Bickle. John Hinkley Jr. is so unimpressed by the resulting film he is completely turned off of Jodie Foster.