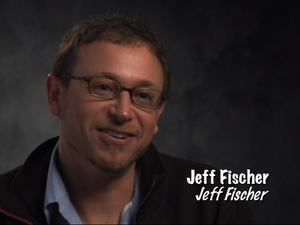 Jeff Fischer (born 1968) is an American voice actor known for his work in commercials, cartoons, and video games.

Among Fischer's animation credits are the reoccurring role MC Cobra in the Jackie Chan Adventures and a guest-starring role as Gary in the Spider-Man animated series. He provides the voice for American Dad! reoccurring character Jeff Fischer among others.

It is noted in the commentary for "Big Trouble in Little Langley" that he is married to Terri Lyn Rodriguez, the voice of Lindsay Coolidge.