It's Good to Be the Queen 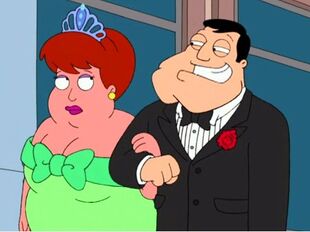 Stan with the new Homecoming Queen

It's Good to Be the Queen
Stan learns that Francine is not the real Homecoming Queen. 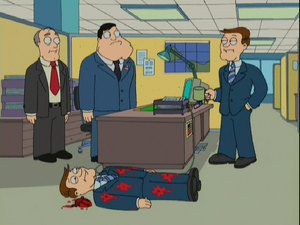 A flashback to Stan's high school years shows he promised to go to the Homecoming Dance with the Homecoming Queen. However, boys from his school drop pigs on him by mistake, originally intended to drop pig's blood, forcing Stan to leave. Stan swears that one day he will come back with his own Homecoming Queen. As things shift back to the present, Stan is shooting close-eyed, accidentally shooting Jackson, though it was actually his double, just as they were prepared to go on a dangerous mission to Pakistan.

In the present, Stan is close to realizing his dream as Francine was voted Homecoming Queen of her school winning by one vote; they missed his Homecoming. Stan proudly attends Francine's reunion, where various items from their high-school years are brought out of storage. Among them is the Homecoming ballot box, which contains two previously uncounted votes for Francine's opponent, Betty Sue. It turns out that Francine had lost the Homecoming vote by one vote. Francine graciously concedes victory and gives her crown to the new queen but Stan is furious to have his dream of going to a high-school reunion with the Homecoming Queen taken away from him. 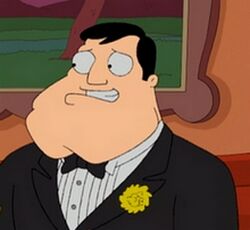 Francine is annoyed at Stan's reaction and sarcastically suggests that he should take the real Homecoming Queen to the reunion instead of her. Unfortunately for her, Stan takes her seriously. Francine is angry at him so, to save his marriage, Stan sends his CIA double Bill to take her out to dinner while he goes to the dance with the Queen. But he then realizes his pride has overcome him and goes to reunite with his wife. The plan backfires when Francine decides to go to the reunion with the double. While she is there she catches Stan's double making out with Betty Sue but thinks it is Stan. When she finds the two Stans and learns of the plan, she becomes furious and steals Stan's gun. However, she is unable to tell the two Stans apart. One of them tries to calm her by apologizing and telling her he loves her, so Francine assumes the other Stan is the real one and shoots him. But it turns out that the apologizing Stan was the real Stan and Francine is so touched by the unexpected display of emotion that she forgives him. 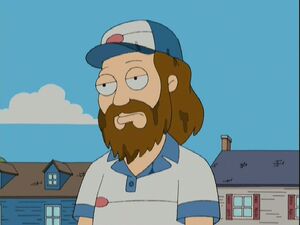 In the meantime, Steve and Roger use Stan's mortar to play water balloon pranks. However, a charismatic philosopher pizza man, Mitch, who is implied to be Jesus Christ, isn't fazed. Steve demands to know why he isn't reacting; Mitch says that he is only pranking for the pain that was inflicted on him; Steve admits that's true. Unfortunately, Roger accidentally destroys Mitch's car with a real rocket so they borrow Hayley's keys to the other car as she, Klaus and Jeff are high on marijuana brownies.

Previous Episode /// It's Good to Be the Queen \\\ Next Episode