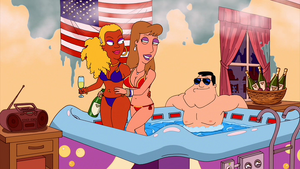 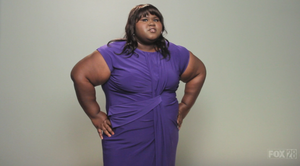 Gabourey "Gabby" Sidibe (born May 6, 1983) is an American actress who made her acting debut in the 2009 film Precious, a role that brought her a nomination for Academy Award for Best Actress.

In "Stanny Tendergrass", Klaus has her present Francine's experimental catch phrase in live-action to show her how to best deliver it.

Retrieved from "https://americandad.fandom.com/wiki/Gabourey_Sidibe?oldid=45496"
Community content is available under CC-BY-SA unless otherwise noted.