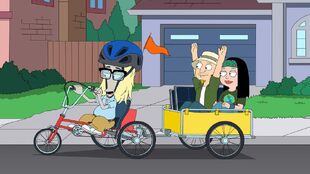 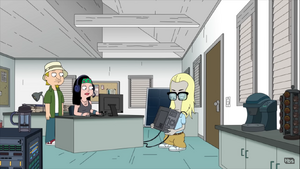 While failing to generate interest in clean energy, Hayley and Jeff become interested in Roger's solar energy business and go to work for him. However, things hit a roadblock when they want to use their van for the business and Roger's persona insists on no fossil fuels. Working behind his back, they trick him into going out of town in an effort to increase productivity. But when Roger discovers their deception, they manage to impress him by having increased sales. After a very successful run, they appear on television, but when the gas and electric companies learn of their work, they move to undercut the solar panel business by lowering their rates. Taking Hayley's advice that sometimes a little pollution can help in the long run, Roger plants bombs and destroys all of the gas stations and generating plants in town. 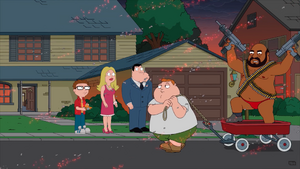 As Hayley and Jeff are appalled by the devastation, Roger, having miscalculated the smoke produced that is obscuring the sun, points out that it will get even worse when the flames hit the pipe lines. As the town prepares for the apocalypse, Roger has one last plan to save things by raising his 'Sunsucker' tower above the clouds and powering misters that he installed in wind fans. The plan starts to succeed until they are struck by a Telemundo satellite, which blocks the mirror on the Sunsucker. Roger lowers the mirror over the side and catches another sunbeam before he is swept away by a Univision satellite, but succeeds in saving the town at the cost of giving his business to the energy companies.

The mystery of the missing television guide is left unresolved until Stan decides to go to the bathroom and reveals that he's been the one taking his own, as well as the neighbor's television guides, which he keeps in a secret cubby hole for no particular reason.