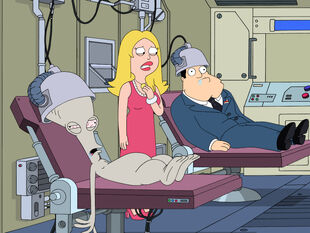 Brains, Brains and Automobiles
Stan tries all he can get to get Roger to Stay at home.

Roger's Disguise: The "Phantom of the Telethon" 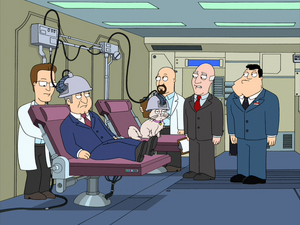 Stan arrives in the CIA's mobile lab, where his co-worker Ray is about to enter the brain of a cat to learn any terrorist intel, he learns that after Ray's kids left the house, his wife left too, considering him boring: Ray then states that Stan's wife will leave him too, as Hayley and Steve will leave for the summer, as well as the fact that Ray says that Stan is a more boring person than he himself. Though Stan is confident that Francine will never leave him, he realizes that when Hayley and Steve leave for their respective summers of fun, Francine looks forward to her newfound alone time with him. He tries to use Roger to avoid this, but then Francine starts teaching Roger to do things for himself. Stan confides in Klaus that in eighteen years of fathering, he had no alone time with Francine and fears her leaving him, especially with Francine on her period. Klaus assures him that because Roger is incapable of being self-sufficient, there is no possibility of that. 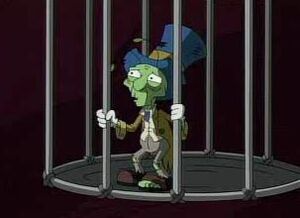 Unfortunately, Roger overhears them and manages to be self-sufficient, get a job and move into his own apartment. Stan tries desperately to get him back in the house by adding rat poison to Roger's drinks so that he will get sick. Klaus is horrified and threatens to rat to Francine, only to be shut up in the freezer. However, the second time, Roger manages to get up to make iced tea, but accidentally grabs the rat poison by mistake, throwing himself into a coma. Stan brings the CIA mobile lab to his house, using the mind transfer gear to go into Roger's unconscious mind to bring him back to consciousness. Francine soon goes in as well, having learned from Klaus, who has filled his bowl with vodka to stop it from freezing, about Stan's antics and starts to resent him. Separately, they make it to Roger's memory hall, where Francine has viewed Roger's witnessing to Stan's statement about being needy. They then find Roger and bring him back to the living. Roger agrees to go back to the Smiths house because he hates his life on his own. 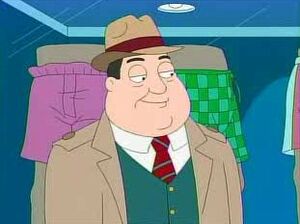 Meanwhile at camp, Steve and his friends hope to romance the girls there, believing that their geek status is behind. However, the other boys immediately out them as nerds and start bullying them. Steve then realizes that what separates them from the popular boys is their underwear. All the popular boys wear boxer shorts, while Steve and his friends wear white briefs. The boys go to the mall to get some boxers, but instead are convinced by a merchant named Clyde Templeton to buy colorful, bikini-brief underwear called "culottes". They believe that they are starting a new trend, thus increasing their social status. But instead, the popular boys drag them to the girls' cabins, where they are freaked out. Steve and company are unaware of this and hope to thank the merchant, unaware that he had taken a lethal heroin injection and his corpse has fallen out of a boxcar and into a river.