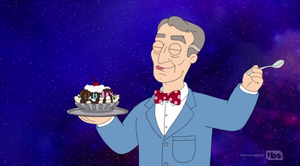 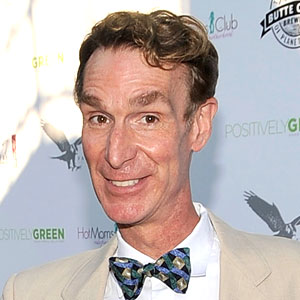 William Sanford "Bill" Nye (born November 27, 1955), is an American science educator, comedian, television host, actor, writer, and scientist. He is best known as the host of the Disney/PBS children's science show Bill Nye the Science Guy (1993–98) and for his many subsequent appearances in popular media as a science educator.

Bill appears as one of the celebrity robots in "Tearjerker".

Bill provides his own voice when he appears to explain Steve's Ice Cream theory in "Brave N00b World".

Retrieved from "https://americandad.fandom.com/wiki/Bill_Nye?oldid=87358"
Community content is available under CC-BY-SA unless otherwise noted.