A Starboy is Born 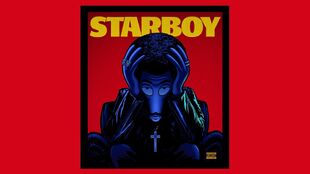 A Starboy is Born
Stan abducts The Weeknd to teach Roger a lesson. 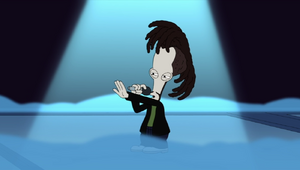 Roger tries to give Steve bubonic plague in order to qualify to Make-A-Wish to meet The Weeknd, breaking several of Stan's house rules in the process. After explaining who that is to Stan, he kidnaps The Weeknd in order to teach Roger and Steve a lesson about following the rules, but when Roger acts like a brat, he ends up getting grounded. He ends up sneaking away and taking The Weeknd's place while the latter enjoys his freedom with the Smiths. Roger's non-stop partying takes its toll and he ends up in jail with Klaus. He tries to reach out to Stan but is turned down in a show of tough love. However, he is bailed out by a friend of his and decides to take Klaus and his entourage to an island for a private music festival. 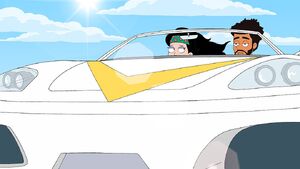 Meanwhile, Hayley is attracted to The Weeknd and flirts openly, becoming depressed when she can't get him to have sex with her. Despite some reservations, Jeff tries to help her, but The Weeknd still turns her down in order to conserve his virgin power to win Grammys.

Roger's flight ends up crashing on a volcanic island and most of his entourage is killed. Klaus tries to call Stan for help but is also turned down. But when Francine insists on saving them, Stan has a plan and infects Francine with the bubonic plague, earning them a place on a carrier ship run by Make-A-Wish that takes them to the island to meet Roger's 'The Weeknd.' But when Stan tries to give Francine the cure, he drops the vial and breaks it. The real The Weeknd, delivered to the island by Breckin Meyer, uses his virginal power to restore Francine's health at the cost of his own life, but the residual energy transforms the island as in the ending of Moana.

Previous Episode /// A Starboy is Born \\\ Next Episode